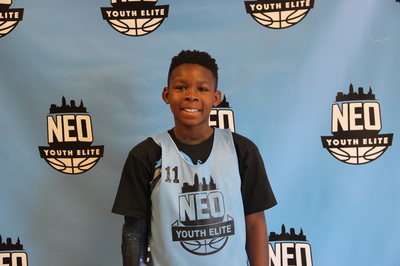 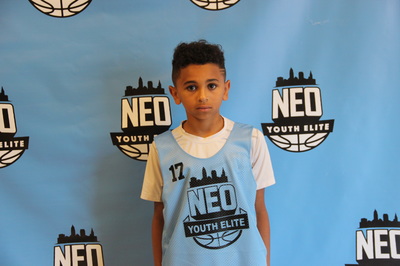 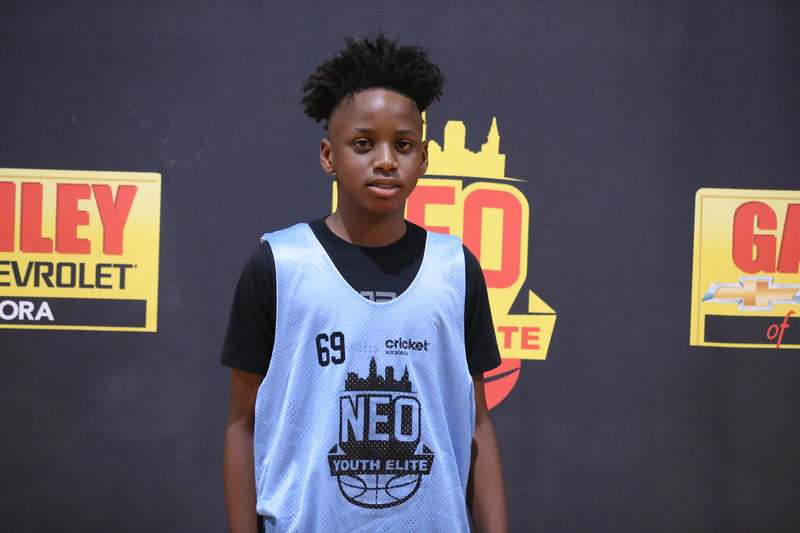 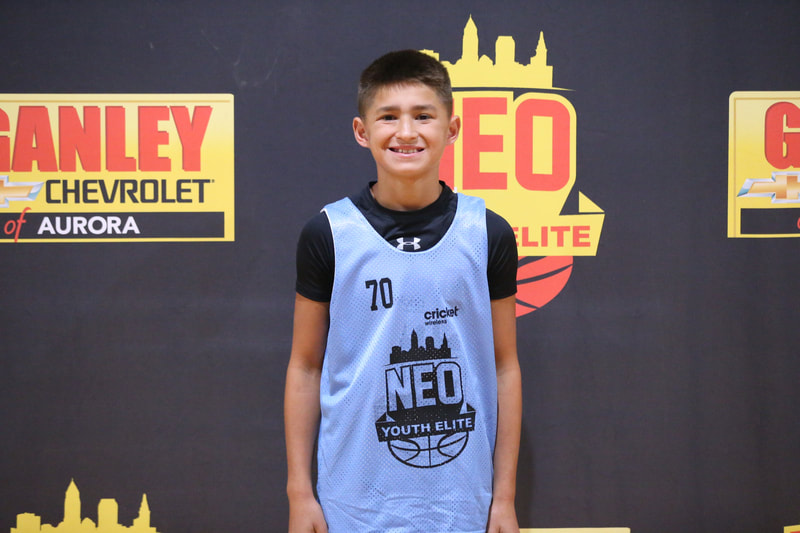 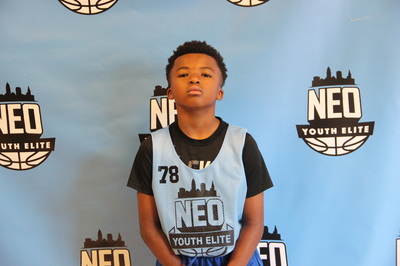 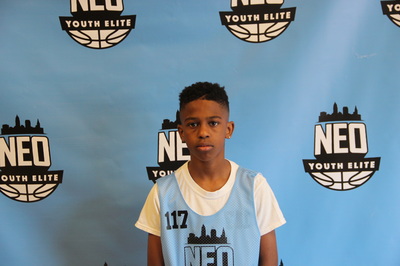 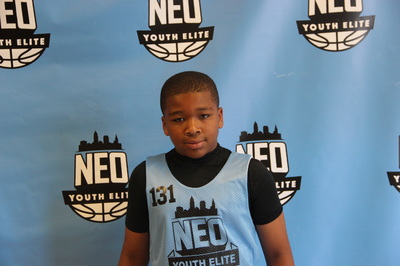 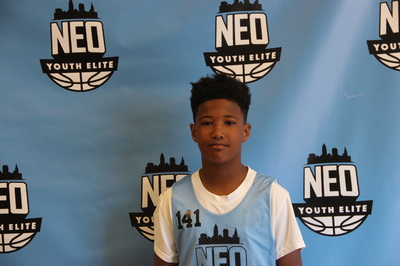 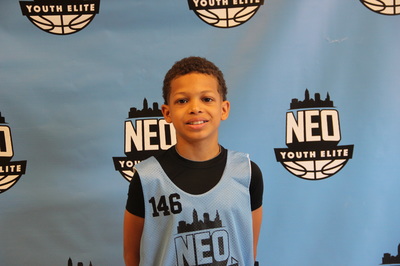 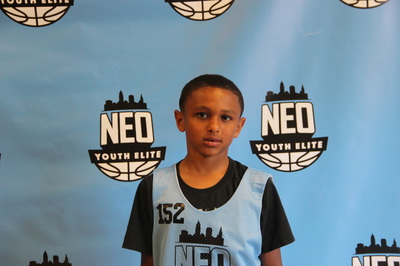 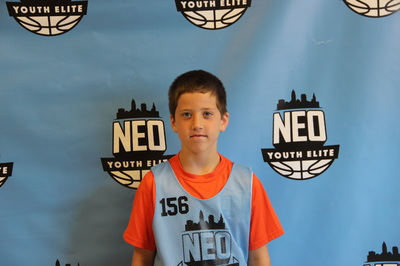 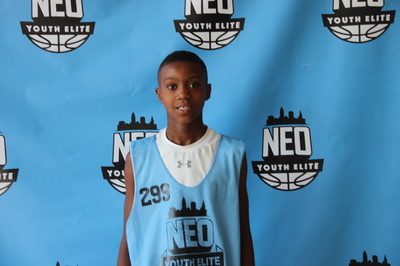 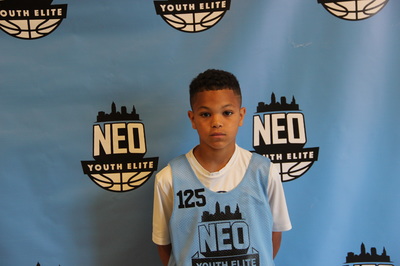 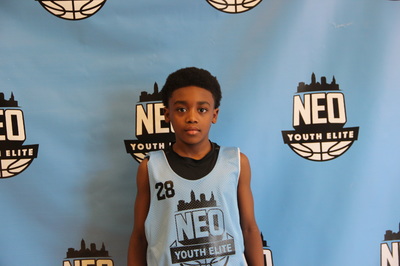 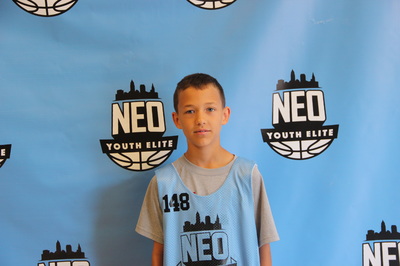 Steve Goodnough
4th grade All Stars top 20
#117 DeMarr Foster- was very good defensively this weekend, so good that a lot of his points came from getting steals, rebounds and blocks which lead to a lot of easy fast break points. When attacking the basket Foster was able to take bumps and hard fouls and still get his shot up for either "and 1's" or a trip to the foul line.

#11 J'Anthony Grimes- J hit some big shots all weekend, there were 2 games we watched and he hit some key shots at the end to help his team win games. He also made his way to grab a lot of tough "out of nowhere" rebounds with easy put back points. Helped his team win all weekend and came out with a top 20 vote.

#131 Dae'Yuan Thompson- one of the best around the rim players we saw at camp. He seemed to always know where his guards were going when attacking the basket while keeping his hands ready for easy points. Any shot coming off the rim was his, and with his good IQ he always kept the ball high and went right back up to either draw fouls or get wide open layups.

#28 Jaylen Washington- handled the ball all weekend with a purpose. A lot of players at this age just dribble to just dribble- but not Jaylen. There weren't many defenders that could stay in front of him or take the ball from him. He dribbled with a purpose and got any where on the floor-- whenever he wanted too. Great court vision and seemed very coachable.

#146 John Mobley- Mobley has been getting national attention now for 2 years strong. He has always had poise and is not rattled on big stages. Mobley had a crowd watching him every game and he didn't let them down, with a little more height then last camp, his range has extended. Hitting long threes making them look like layups all weekend. Mobley just continues to get better every camp.

#158 Ben Meyers- when you talk about good guards in this class you have to mention Ben Meyers. There wasn't much he didn't do this weekend, he made all the right plays at the right time. His strength was passing the ball, but not just regular passes, his passes were sometime full court break passes for easy points for his team and some where driving and dishing. True lead guard with a pass first mentality.

#70 Zach Workman- a true hard worker on both ends of the floor. His coach said that he just was always at the right spot at the right time, either on defense to get a steal or a long rebound or on offense getting easy points or wide open jump shots. With his hard working mentality he also was smart about it as well, meaning knowing when to reach for the ball to get steals and also knowing when to drive or pull up for good shots.

#17 Sha-Ron Young- everybody pretty much had the same thing to say about Sha, he kept the same face all weekend didn't say much just got the job done. His smooth jumper opened everything for him to do whatever it is he wanted to do on the court. Defenders couldn't play back on him because he would shoot it and they couldn't play close on him because he was just going right by them.

#299 Amaree Pickens- a terrific athlete, his athleticism helped him get to the basket, get offensive rebounds over bigger kids and it helped him be a nightmare to others on defense. His length and ability to move on the floor set him apart from everyone else. He was able to get defensive rebounds and take it coast to coast for easy layups. He knew he was more athletic then a lot of kids in his division and he used to his best ability.

#156 Jake Bova- one of those scrappy, tough physical guards. On defense he was up in his defenders grill not letting the breathe when they had the ball. He made his defense his offense all weekend and seemed to not let scoring be a problem and found other ways to be involved. At some points he picked his man up full court and gave them problems all the way up the court. When he turned his defense all the way on... his teammates seemed to follow.

#152 Gregory Brooks- Greg didn't let his height be a factor for him this weekend, even though he was smaller, his heart was way bigger then his size. He stayed aggressive and in attack mode, he was a beast on defense which lead to his team getting transition points. On offense, defenders knew when he set his feet and got the ball in rhythm that ball was going up and wasn't coming out of the net.

#78 Malik Neal- we had some great defenders this weekend, but Malik actually knew how to play defense the right way. When the ball was on the other side of the floor Malik knew ball and man, he kept his head straight seeing ball and man and he didn't reach to make crazy mistakes and hurtful fouls. He knew where to be on defense  and that allowed him to get easy steals and deflections on the ball. On offense he ran his team and made his teammates better.

#125 Tyson Campbell- very rare you see kids going at each other at this age. Not Tyson Campbell, you can tell he's a competitor and takes pride in his game. We watched him get scored on, demand the ball ,and go score right back on the kid that scored on him. He took pride in not letting his opponent score and when they didn't score he gave them that look; the look that said no sir... try again.

#148 Steve Goodnough- he seemed to be at the right place at the right time on  both ends of the floor. Rebounds seemed to just fall to his side, transition he sometimes had know one in sight and got open layups and some how just always was open hitting easy jumpers. When you just know the game like Steve does you make it look that easy.

#141 Que Miller- Que pretty much did work inside and outside all weekend. A lot of defenders underestimated his jump shot and he made them too. He was by far the best rebounder and shot blocker we have seen in this division. He altered every shot that was in the paint and every rebound was his before the ball even fall off the rim. When you have a inside and outside game like Que you make all star teams and win games like Que.

#69 Sabien Cain- a very fundamental guard that did less but contributed way more. Didn't play with the ball, it was 1 move and he was gone. He gave great chest passes and bounce passes to his teammates, and didn't force shots. When you are looking for a player to just play the game the right way - Sabien is that player. Not a flashy game, not a loud talker, but his game spoke for him and lead him to the top 20 game.